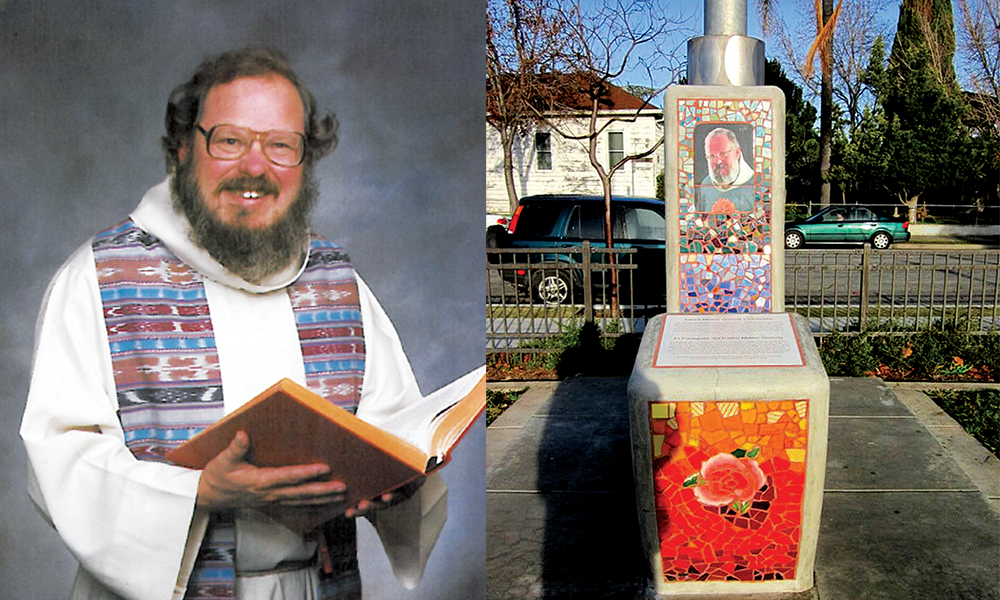 Serving God and His People

Writing about Father Mateo Sheedy is a privilege, but remembering him during the 40th diocesan Anniversary is even more so. The mere mention of his name lights up people’s eyes and brings out their favorite memories, especially from any Sacred Heart parishioner. It seems like he was here just yesterday, they say. Father Sheedy went beyond his Irish and German roots to be there for his people. His commitment to the Hispanic community had no limits.

I was fortunate to be able to accompany him to Delano and be present for two days with César Chávez and Dolores Huerta, the leaders of the Farmworkers’ Movement, during the grape boycott. He ached to help immigrants, especially those without legal immigration status. He used to say, “If la migra (customs and immigration agents) comes to the parish, we’re all going with them.” He didn’t like watching anyone suffer and was committed to his people.

The late Bishop Pierre DuMaine said, “Mateo is known for his loyalty to his people, his church, and his priesthood; for his candor with his colleagues and his bishop; and for his serious and well-informed interest, not just in his parish and his own ministry, but also in the diocese at large and the Church in general. His vision may be broad in scope, but his focus is entirely on his priesthood and his priestly role in the life of the people.”

He spent his life advocating for the education of all youth. His efforts to promote education were limitless, including  the creation of the San Juan Diego Scholarship at Santa Clara University, and the opening  of the Sacred Heart Nativity Schools.

Father Sheedy had a gift for knowing how to work with his pastoral team. But without a doubt, he knew how to work with women as companions and colleagues in the Church and ministry, the greatest thing I have experienced personally. He worked spontaneously and generously with the laity, and they always felt his commitment of service to discipleship.

“I want to die among my people,” he told me on a day I will never forget. He was sick but still working. It mattered to him that all of us on the pastoral team would respond to the parish’s needs, no matter how small they were.

His motto was, “Vision and Action,” especially for young people. He would tell them, “Be clear about what you want, what you hope, and what you dream. Write it down. Talk about it. Make it tangible, and make sure that everyone understands it.” Committing to one’s goal with vision and working to achieve it were his ideal. This is how the Teatro Corazón (Theater of the Heart) was born, apparently from nothing more than his love for the Hearts of Jesus and the Virgin of Guadalupe and his desire to end the fights over territory and recruiting youth gang members between the Norteños and the Sureños.

Though I could go on writing about the many beautiful gifts this great priest left us, one thing is sure: His legacy still beats in the hearts of many people in our community. He lives on!

Lupita Vital, who worked as a pastoral associate at Sacred Heart of Jesus Parish with Father Mateo Sheedy, is the former director of the Hispanic Apostolate and director for Hispanic Youth and Young Adults for the Diocese of San José. In 2007, she was awarded the Cross Pro Ecclesia et Pontifice by the Holy See.