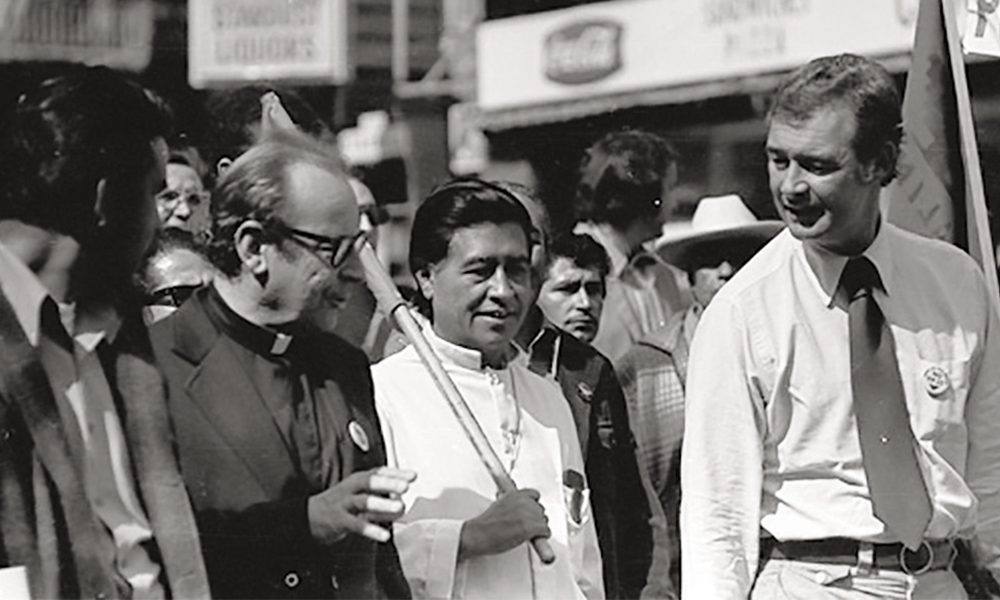 A Man for the People

Many remember Monsignor Eugene Boyle as a social justice activist. Still, that moniker does not capture the complexity of who he was: a parish priest, a radio personality, practical theologian, champion of the labor movement, defender of the vulnerable and rejected, columnist, newspaper editor, community leader, mentor, legal guardian, ally to the Farmworkers Movement, bishop’s consultor, civil and racial rights pioneer, inter-faith leader, retreat master, and friend. If you want to know what was at the heart of Monsignor Boyle’s work, it was hope.

During the civil rights struggle of the 1960s, then Father Boyle frequently concluded his homilies at Sacred Heart Parish in San Francisco’s Western Addition, a black congregation, with, “Keep the hope, baby.” I told him that I thought the saying was, “Keep the faith!” His response was that hope is what gets people going. With hope, people will fight and participate in the struggle to change their situation. Without hope, people give up, and the oppression continues. He believed that our work is essentially to build capacity within the community, so that people can work together to form solutions to whatever challenge they encounter.

Father Boyle moved to the Diocese of San José upon its formation. He became the vicar for communications and ecumenical affairs. I once asked him how he sustained himself in his social justice work. He said through prayer. The Liturgy of the Hours, his Jesu Caritas group, and daily Mass were the cornerstones of his life. His pastoral ministry and social justice work were grounded in two foundational tenets that expressed his spiritual life and public ministry: that God wanted all of us to be free and that the love of God cannot be separated from the love of our neighbor. He ingrained these twin pillars of faith in his students, priest proteges and lay leaders.

Father Boyle knew that the inter-faith community had a unique role in the work of social justice. Grounded in the Second Vatican Council’s Gaudium et Spes, the Pastoral Constitution on Church in the Modern World, he implemented the words that demanded the Church “... scrutinize the signs of the times and interpret them in the light of the Gospel.” Father Boyle worked to ensure that the Church took on a “specific and proper role in the political community.”

While he was still in the Archdiocese of San Francisco, being faithful to the call of Vatican II did not endear him to his archbishop nor the power structures of San Francisco. In his brief stint at St. Patrick Seminary during the late 1960s, Father Boyle produced “The Little Kerner Report.” That “little” report created a big wave because it exposed the city’s inability to handle racial problems and economic disparity. In response to his truth-telling, the city’s political machine set in motion a falsified evidence operation at Sacred Heart Parish in the Western Addition by planting seditious materials (a comic book!) in the rectory in the hope that publicity would silence Father Boyle’s work. That stunt did not dampen his efforts. In fact, it fueled his passion and confirmed to him that he was doing the right thing.

Father Boyle’s light continued to shine throughout his ministry, both in the Archdiocese of San Francisco and the Diocese of San José, where, in 2000, he was named by St. John Paul II as a Prelate of Honor, receiving the honorary title of monsignor.

Father Jon Pedigo is the director for advocacy and community engagement for Catholic Charities of Santa Clara County.