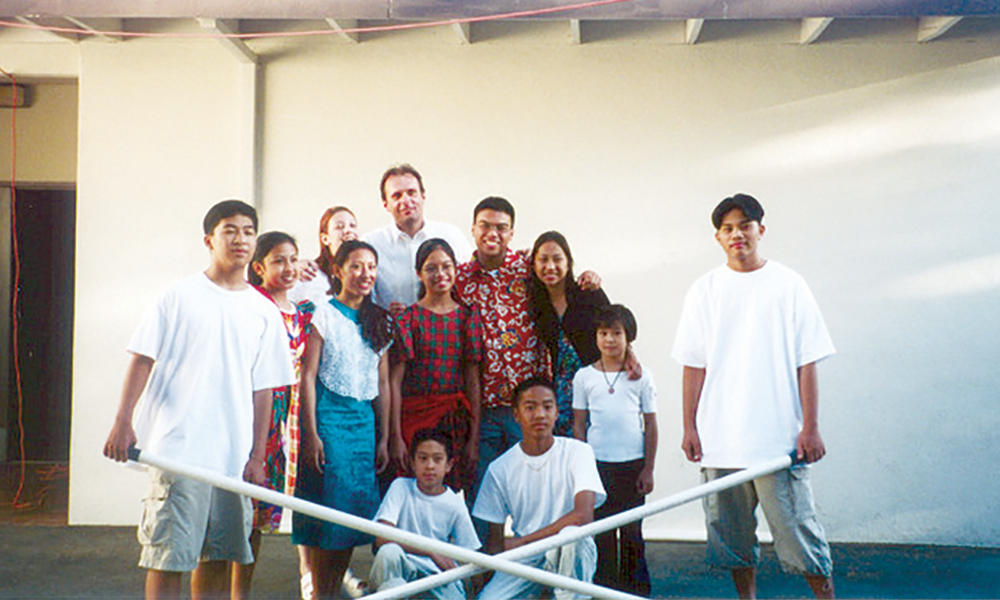 The Circle of Life Goes On

A Priest’s Reflections on the Diocese of San José

Nostalgia tends towards sentimentality and an idealized past. Still, the best memories from the past are typically associated with the people and events we love most. These stories become legends, ones we love to tell over again. As Father Brendan McGuire reminds me, “All my stories are true, and some of them really happened.”

On this 40th anniversary, we remember the events leading to the formation of the Diocese of San José with great fondness. To remember how things were 40 years ago and how we evolved into the people we are today, we recall the extraordinary vision and leadership among the presbyterate and the Catholic laity of Santa Clara County from the beginning. We stand on the shoulders of great women and men who answered the call to serve God as members of the body of Christ.

It was before the 6:30 a.m. Mass at Queen of the Apostles in San José, the pastor greeted me and stated that we had become our own diocese. I had been working as a youth minister for only six months and wasn’t exactly sure what a diocese was at the time. He explained that the Diocese of San José would be located geographically in Santa Clara County, and Bishop Pierre DuMaine would serve as the first bishop. It didn’t seem to be such a big deal when I first heard this news.

It didn’t seem to make much difference until I received an invitation to the “Eucharistic Celebration of the Creation of the Diocese of San José and the Installation of the Most Rev. Pierre DuMaine as First Bishop of San José.”

We witnessed a gathering like no other at St. Patrick in downtown San José. Not accustomed to hearing anything but the English liturgy, imagine my surprise to hear Spanish and Vietnamese in song and prayer, along with members of the assembly in prayerful response. Imagine that: San José, a little one-horse town, celebrating on an international scale.

For many of us today, that might seem pedestrian. Still, it was something entirely new to me, and it inspired me to consider more carefully the prospect of attending seminary.

On my entry to the college seminary at St. Joseph in Los Altos, the Sulpician professors explained that they were preparing us to serve in a multicultural Church. The seminary consisted of students from as far away as Guam, Hawaii, Samoa, Philippines, Mexico, and parts of Central and South America. We were fortunate to share in prayer, work, study, and communal life with one another.

Our cultural diversity is evident in the way we express our liturgical celebrations as a diocese. These cultural expressions of prayer and praise, song, Scripture, and sacrament are jewels in the liturgical crown of the diocese. Making this possible by providing a welcoming environment and comfort to the stranger, the needy, the foreigner — this is what Jesus calls us to do.

I hope you did not find this too nostalgic — it’s a true story, and it really happened (just not a linear way). The circle of life goes on, and so will the Diocese of San José. Happy 40th Anniversary, everyone.

Father Rick Rodoni is pastor of St. Mary of the Immaculate Conception Parish in Los Gatos. He was ordained in 1991.