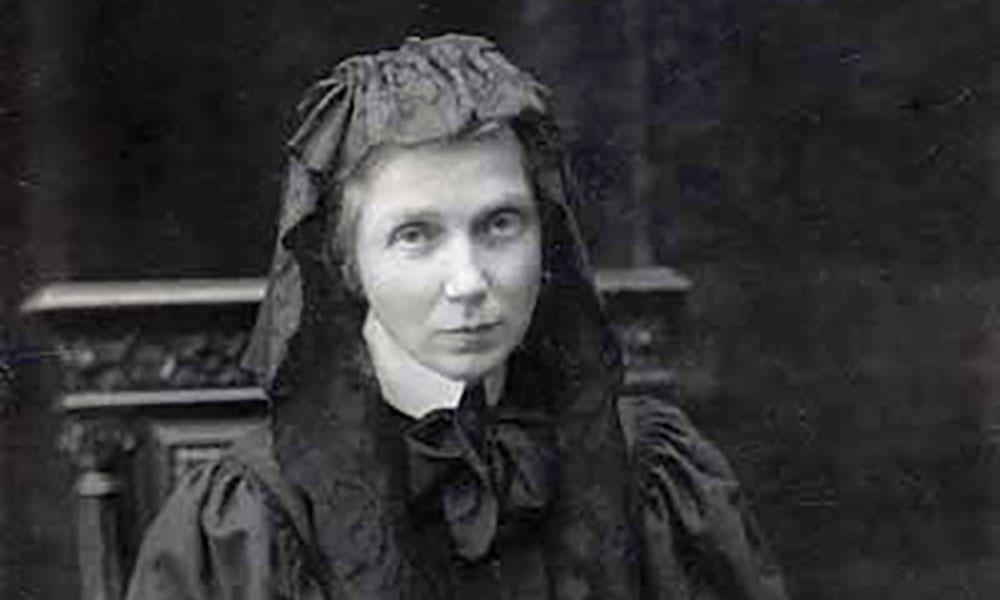 St. Ursula Ledóchowska, foundress of the Ursuline Sisters of the Heart of Jesus in Agony – the Grey Ursulines – was an extremely effective evangelist in northern Europe in the first half of the 20th century. St. Ursula’s desire to “love my neighbor as Jesus loved me” inspired her to dedicate her life to educating poor children. Her courageous voice on behalf of the voiceless inspired many to join her in caring for those traumatized and displaced by war, especially girls and women.

Named Julia at birth, St. Ursula grew up in a devout and patriotic Polish family. Well-educated in the sciences and several languages, she professed her vows as Maria Ursula of Jesus with the Ursuline Sisters at age 22. She became mother superior at age 40 and opened a home for female students studying at the university in Krakow.

Pope Pius X sent Ursula to St. Petersburg, Russia, where she opened a boarding school for Polish girls and then founded a convent to train sisters as teachers. Because the government banned religious institutions, the sisters wore grey clothing to avoid scrutiny. As government surveillance increased, Ursula moved to Finland, where she set up free clinics and schools and translated prayers, songs and a catechism into Finnish.

Expelled from Russia as World War I began, Ursula and her sisters joined Christian leaders in Sweden organizing relief efforts for war victims. As a talented orator, she received financial support by speaking at conferences throughout Scandinavia. She established several schools for girls in Sweden and Denmark.

Ursula returned to Poland after its independence with 40 sisters and dozens of Polish orphans to open a new convent in 1920. The constitution of the new “Grey Ursulines” was approved in 1923, and Ursula opened more orphanages, boarding schools and homes for university students in more than a dozen Polish cities, as well as two in France and four in Italy. Today, 800 sisters serve in almost 100 communities in 14 countries on 5 continents: Argentina, Belarus, Bolivia, Brazil, Canada, Finland, France, Germany, Italy, the Philippines, Poland, Tanzania, Russia and Ukraine.