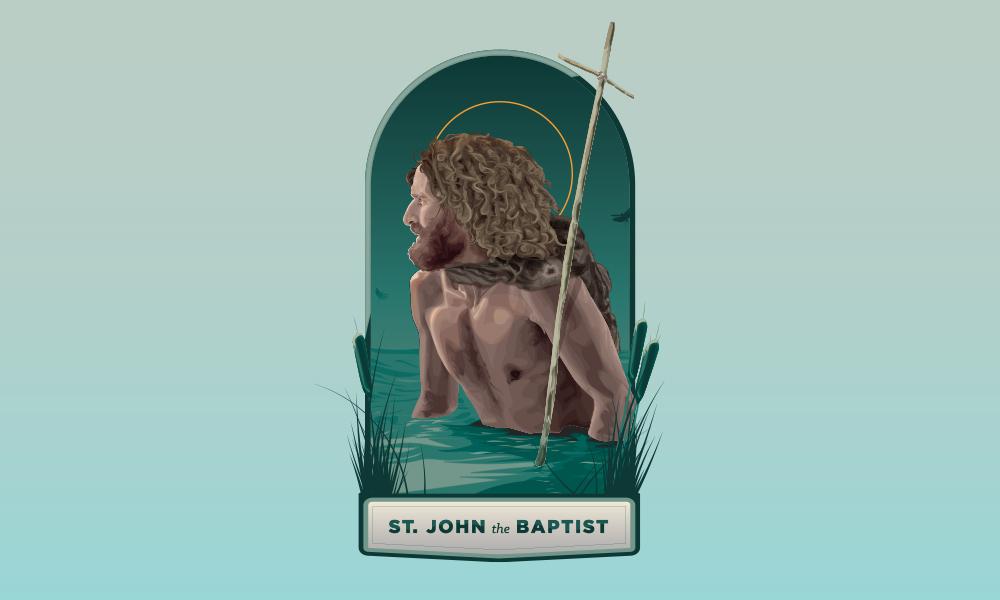 Whether as the infant leaping for joy in his mother’s womb as she greets Mary who is pregnant with the promised Savior, or as the austere, locust-eating prophet, John the Baptist is one of the best-known figures in Scripture. Sent to proclaim, “One mightier than I is coming after me,” John was a voice crying out in the desert: “Prepare the way of the Lord.” (Mk 1:7, 3)

The Gospel of Luke reveals John’s preordained role in salvation history. His father Zechariah was struck mute when he expressed doubt that his wife Elizabeth would bear a son despite her advanced age. At John’s presentation, Zechariah regains his voice and proclaims the beautiful canticle describing God’s plan for John: “You, child, will be called prophet of the Most High, for you will go before the Lord to make ready his way.” (Lk 1:76)

All four Gospels include details of John’s ministry. He emerged from the wilderness preaching repentance and calling people to “produce good fruit as evidence of your repentance.” (Lk 3:8) Like Jesus, he challenged listeners to take greater care of the poor: "Whoever has two tunics should share with the person who has none.” (Lk 3:11)

John initially resisted when Jesus came to the Jordan River to be baptized by him. But he baptized Jesus and then witnessed the heavens opening and the Spirit of God descending upon Jesus like a dove. Although he attracted many followers of his own, John the Baptist always pointed his disciples toward Jesus.

Scripture tells us that John was beheaded by King Herod around AD 30. He is remembered for his unwavering commitment to preaching repentance and speaking God’s truth, even to the powerful. As Christ proclaimed, “among those born of women, no one is greater than John.” (Lk 7:28)