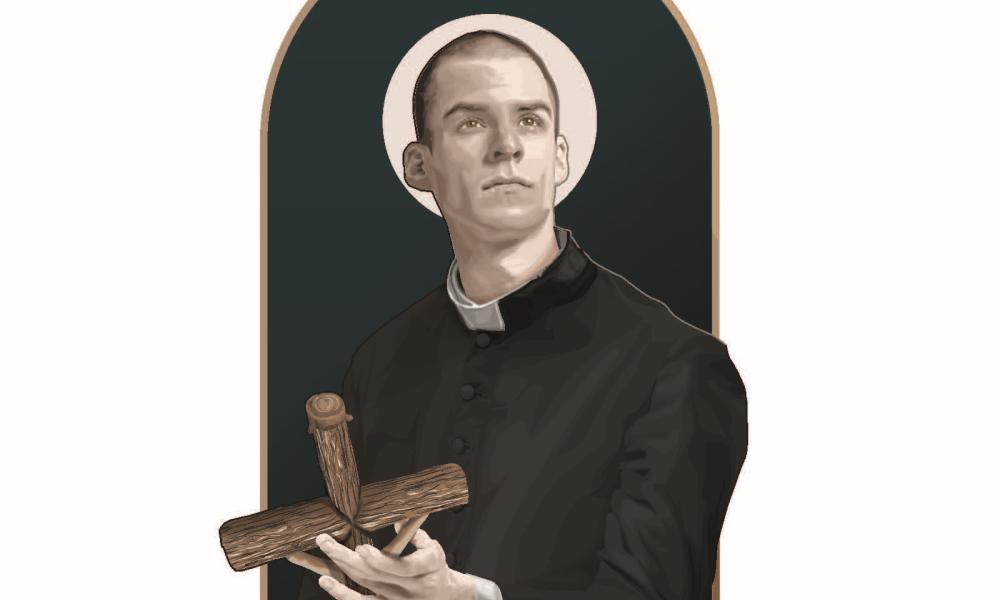 In spite of his short life, St. Gerard was considered a saint by the people he served even before his death. His life of service and sacrifice give witness to the power of humble obedience in the face of hardship.

Born into the poor family of an Italian tailor in 1726, Gerard went to work as a tailor’s apprentice at age 12 when his father died. Once he provided for his mother and three older sisters, he donated the rest of his profits to the poor. Though rejected by several religious orders due to his poor health, he was accepted by the Redemptorists in 1749. Brother Gerard soon became renowned for his extraordinary obedience as he accepted any and all assignments from his superiors as God’s will. He led mission trips and retreats, saving souls and performing miracles wherever he went.

The last recorded miracle attributed to Gerard is thought to be the reason he is considered the patron of expectant mothers. He dropped his handkerchief, and a girl tried to return it to him, but he told her, “Keep it. It will be useful to you someday.”

After his death years later, the now young woman was dying in childbirth and asked for the handkerchief. When it was brought to her, she was miraculously healed, and her child survived.

When Gerard was near death from tuberculosis, he asked for a sign to be posted above his door that said, “Here the will of God is done, as God wills, and as long as God wills.” On Oct. 15, 1755, at the age of just 29, Gerard joined the God he loved. Thousands mourned his loss. Miracles attributed to his intercession were reported throughout Italy in the following years, and Gerard was canonized in 1904.