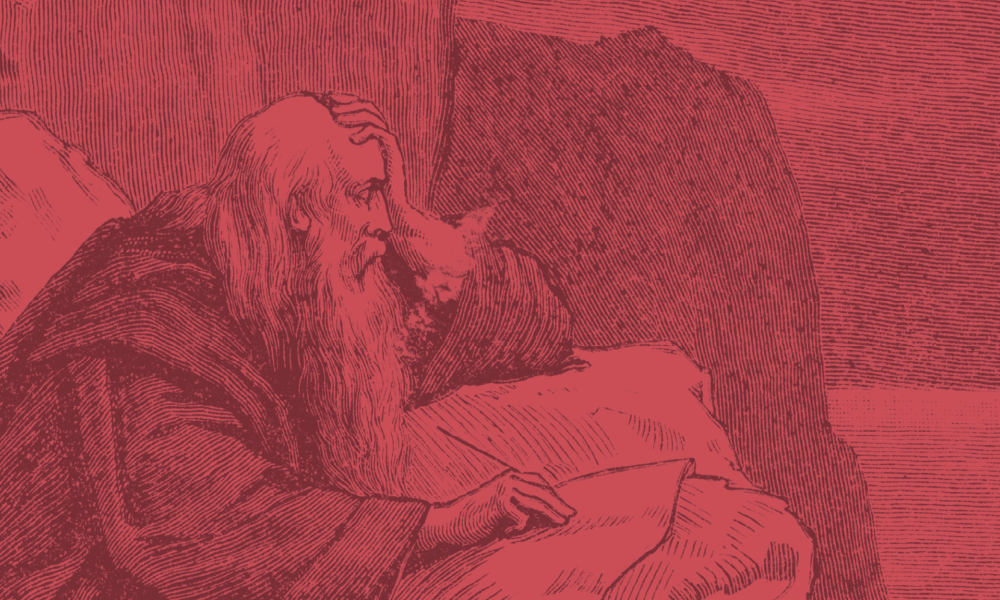 In order to provide a deeper context for the drama of salvation that sacred Scripture communicates to us, Theology 101 continues to take a closer look at the four evangelists. Read about St. John below.

Peter turned and saw the disciple following whom Jesus loved, the one who had also reclined upon his chest during the supper … It is this disciple who testifies to these things and has written them, and we know that his testimony is true. (Jn 21:20, 24)

The author of the Fourth Gospel is generally considered to be St. John. The three Letters of John and the Revelation of John are also attributed to this saint. So, what do we know about this person who is responsible for a significant portion of the New Testament?

Traditionally, St. John, or John the Evangelist, is believed to be the beloved disciple referred to in the above passage. Interestingly, given its human authorship, this identification is only found in the Gospel of John. Perhaps, because of this description, St. John is often portrayed in art as young and graceful (at times, somewhat effeminate) with long flowing or curly hair. These images are naturally quite different from representations of St. John later in life as the time-tested, weathered evangelist sporting a gray beard. However, artistic renditions do not tell the whole story.

The New Testament itself is our richest source of information about the saint. The Gospels tell us that John and his brother James were among the first disciples called by Jesus. Both would become one of the Twelve Apostles. John was also most likely younger than James because he is always mentioned after his brother. In addition, John’s parents were Zebedee, a Galilean fisherman, and Salome, who would also go on to minister to the disciples.

With his brother and St. Peter, John was a part of what seems to be Jesus’ inner circle. Perhaps this explains, in part, the authoritative position John held in the Church after the resurrection of Jesus. For example, he goes with St. Peter to Samaria to lay hands on new converts. St. Paul submitted his own conversion and mission for recognition to John, Peter and James, the “brother of Jesus.”

We gain a different glimpse into the personality of John from Jesus himself. Jesus refers to John and his brother James as the “sons of thunder.” (Mk 3:17) One theory holds that the title reflects the zeal they demonstrated in Luke 9:54 as they contemplated calling down fire as punishment upon the Samaritan towns that rejected Jesus. Another source of the name may stem from the time the mother of John asked Jesus to grant her sons seats of honor in Jesus’ kingdom. When Jesus asked the brothers if they could drink from the cup he would drink, they answered, “We can!” (Mt 20:20-22)

The Testimony of the ages

St. John’s story becomes a little more obscure once we leave behind the New Testament. However, Church leaders of the second and third century testify that John ended up in Asia Minor in the latter part of the first century. For example, St. Justin Martyr references John living with his community at Ephesus in an apologetic text dated from between 155 and 160 A.D. In addition, St. Irenaeus, who was bishop of Lyon in 180 A.D., states that John did all of his New Testament writing at Ephesus and the island of Patmos, where it seems John was banished for a time during the reign of Emperor Domitian (81-96 A.D.).

John would later return to guide and minister to the churches of Asia Minor from Ephesus after Domitian’s death until his own death around 100 A.D. At the end of the second century, Polycrates, the bishop of Ephesus, asserted that John’s tomb was at Ephesus. By the third century, two primary claims were made as to the exact burial site. Eventually, one site was recognized and was made a shrine in the fourth century.

In closing, tradition has long held that St. John outlived the other Apostles and was the only one to die of natural causes rather than martyrdom. Some point to the full passage that began this reflection (John 21:20-24) as prophetic on this point. Jesus has just foreshadowed the kind of death he would undergo and called Peter to follow him in verse 19. Peter sees John following and asks Jesus, “What about him?” Jesus replies, “What if I want him to remain until I come? What concern is it of yours? You follow me.”

St. John the Evangelist is often portrayed as…

A. A winged ox

Christology is the branch of theology that studies the nature and work of Jesus Christ. The Gospel of John presents a high Christology. This distinguishes it from the Synoptic Gospels (Matthew, Mark and Luke), which generally, though not exclusively, reflect a low Christology.