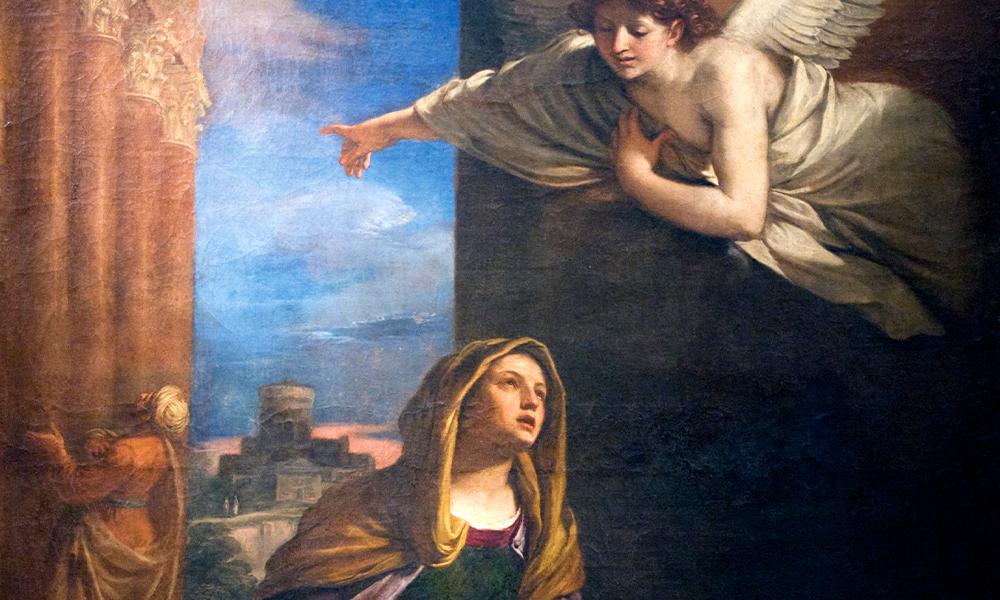 The Unexpected Ways of God

The sacred Scriptures teach us a great deal about the way God operates in the world. Chief among these seems to be surprise. Scripture teaches us to expect the unexpected when it comes to experiencing God. Norms and predictability are simply not applicable as God repeatedly shatters the limits of the narrow expectations of humanity.

The incarnation of Jesus Christ at Christmas provides a particularly spectacular case in point. There can be no greater illustration of the surprising and unexpected ways of God than that the Second Person of the Trinity became man and entered into our humanity. Again, God’s ways are not our ways. The story of our Lord’s Nativity presents a valuable lesson to us on the most appropriate response to such stunning interventions by God.

Zechariah and the Magi

Education at its best opens new worlds to us. If nurtured properly, learning can become a way of life as each new nugget of knowledge teaches us how much more there is left to be mastered. Of course, there is a shadow side as well. As St. Paul reminds us, knowledge can “puff up.” (1 Cor 8:1) Whenever we begin to think we know it all, the learning obviously stops and we begin the reverse process of closing in on ourselves. This is especially the case when it comes to the ways of God. God so utterly transcends our ability to understand that to think we know God is the greatest of self-deceptions. A seminary professor once said it best: “If you think you’ve got it, drop it, because it isn’t God.”

Consider Zechariah, a priest of Israel. The angel Gabriel appeared in the sanctuary of the Lord to Zechariah to announce the good news that his wife, Elizabeth, would conceive and bear a son. This son, of course, was destined to become John the Baptist. Zechariah’s first reaction was to question the veracity of the message as both he and Elizabeth were old and Elizabeth was barren. He simply could not bring himself to believe Gabriel because the angel’s message seemed to contradict what he knew to be the facts about reality.

Perhaps, because he was a priest, his disbelief and lack of trust in the truthfulness of God was all the more troubling to Gabriel who promptly announced that Zechariah’s speech would be taken from him until God’s plan came to fruition. The symbolism of this “punishment” is rather poetic. As long as the priest could not believe in God doing the impossible, he would not be allowed to speak about God to others.

Contrast this reaction with that of those other learned men, the Magi. The Magi were from a priestly caste in Persia renowned for astrology. They intently watched and studied the celestial firmament. They used their knowledge to interpret the meaning of the now-famous star of Bethlehem and, then, used it to search out the newborn King who slumbered below it. Imagine their surprise when they were led to a cave to behold a child surrounded by shepherds and animals. Rather than turning away and re-checking their coordinates, they immediately paid homage and presented gifts to this tiny King in the most unlikely of royal places. In other words, they did not allow their learning to close them to the wonder and mystery of God.

Herod and the shepherds

When King Herod heard of the approaching birth of the King of the Jews, he immediately perceived a threat to his own standing. He was so concerned with himself that there was no room in his heart for the breaking in of the Divine Light. His reaction was not a question of belief. On the contrary, it was precisely because he believed that he responded violently to the news. Rather than embrace what this event could mean for the people of Israel, Herod sought to contain the news and to destroy the child even when it meant ordering the massacre of all the boys under two years old in Bethlehem and its vicinity.

Meanwhile, the shepherds in the field responded to the angel’s unexpected and startling announcement that “a savior has been born for you who is Messiah and Lord” (Lk 2:11) by hastily traveling to Jesus’ birthplace. Interestingly, upon seeing the child of whom the angel spoke, the shepherds “made known the message” they had been told to the amazement of all who heard. (2:17) Not only did they believe the angel, but they joyously sought to share with the world the Good News they had received.

When Joseph found out his betrothed was with child, his first thought was of protecting Mary from shame. After the angel of the Lord appeared to him and spoke to him of the destiny of Mary’s child, Joseph responded obediently, taking “his wife into his home” and caring for both mother and child. (Mt 1:24)

Finally, Mary was also visited by Gabriel six months after Elizabeth, her cousin, had conceived John the Baptist. When Gabriel told her she, too, would conceive a child who would be called “Son of the Most High,” she, like Zechariah before her, questioned how this could be. (Lk 1:32) However, one gets the sense that it was with a great deal more humility and innocence than with Zechariah’s questioning. When the angel explained to her how God would accomplish the miracle, Mary uttered the famous words, “Behold, I am the handmaid of the Lord. May it be done to me according to your word.” (Lk 1:38) Mary’s faithful surrender to and complete trust in God literally changed the course of history.

Each one of us must discover within our own hearts the truth of how we would and do react to the mysterious ways of God. The reactions of those closest to the Incarnation on that Christmas Day so long ago illustrate that while the way of faith, obedience and humility leads to life, the way of disobedience, selfishness and arrogance leads only to death. The choice was theirs as the choice is ours.

Why does the priest wear purple vestments during Advent?

Purple vestments are worn during the seasons of Advent and Lent to signify preparation and penance.