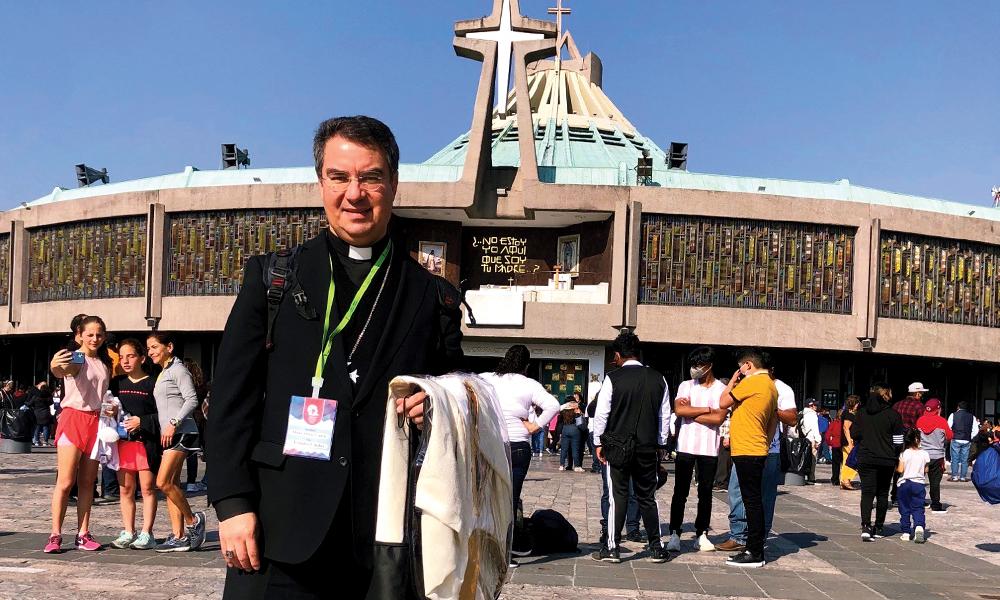 As a Bishop, I Was Skeptical About Synodality

The Latin American Church Changed That

Something dramatic happened in the development of Vatican II's document on the church, Lumen Gentium, in 1964.

The original draft of the document, sharply criticized by the Council Fathers, was discarded in favor of one which placed a chapter on the People of God (chapter 2) before a chapter on the hierarchy of the church (chapter 3).

This move was astounding for a church that had become accustomed to a cleric-centric culture. But the change was not a novelty in the church; it was based deeply in Scripture and Tradition. While maintaining and clarifying the proper and essential role of the hierarchy in the church, this shift in Lumen Gentium signaled a correction to the excesses of a clerical culture.

I witnessed a similar shift, not in an ecclesial document but in ecclesial practice, from Nov. 21-28, 2021, at the first Ecclesial Assembly of the Church in Latin America and the Caribbean in Cuautitlán, México. The assembly—organized by the Latin American bishops council, commonly known as CELAM—was the culmination of several months of consultation at local, regional, and national levels across 20 nations, in which nearly 70,000 people contributed, either as individuals or on behalf of their communities.

I had been invited to the Ecclesial Assembly as one of a handful of in-person participants from the United States. (Seventy others from the U.S. participated online). What I witnessed was not only fascinating, prayerful, and engaging; it was a manifestation of the content and spirit of Lumen Gentium, particularly chapter 2, “The People of God.” It was an experience of ecclesial synodality at work.

I must confess that I had concerns about Pope Francis’ expressed desire that synodality be implemented at every level of the church’s life. In Cuautitlán, my misgivings about synodality were dispelled.

My first concern was that synodality would yield a chaotic process. In my nearly 30 years as a priest, I smile whenever someone asks me, “Father/Bishop, do you have five minutes?” “Five minutes” often becomes an extended monologue replete with complaints, diatribes, and sometimes irrelevant personal stories!

I was concerned that a synodal process would open ecclesial gatherings to unwieldy, lengthy processes that lack direction. This was not the case at the Ecclesial Assembly in Cuautitlán, where over 1,000 people—120 in-person assembly members, joined online by another 900 delegates—came together for a week to discuss and discern. Contributions and interventions were timed for all, bishops and laity alike, painstakingly adhering to our schedule and themes.

Make no mistake, this kind of discipline takes significant preparation, oversight, and energy.

What I witnessed in Cuautitlán was in no way chaotic; it was thoughtful, prayerful, and productive.

My second concern was that the synodal process would disregard the bishops’ role as authentic teachers of the faith. I was concerned that bland equality would permeate the process, such that the magisterial and pastoral voice and role of the bishops would be inappropriately diminished. I learned that we bishops need to be patient with the process and allow voices to be heard.

In this process, we can learn a great deal about the experiences of persons in various sectors of society. This listening informs more fully our pastoral decisions and actions and provides color, stories —and, yes, credibility—to our teaching. The bishop indeed embodies his local church (cf. Lumen Gentium 22); however, the full, active, and conscious participation of lay, religious, and clergy can be a fuller manifestation of the Body of Christ. Indeed, the complete manifestation of the church occurs when a bishop gathers with his presbyterate, deacons, religious, and lay faithful around the altar for the celebration of the Eucharist (cf. Sacrosanctum Concilium 41).

Likewise, when the magisterium gathering with lay women and men, young and old, consecrated women and men, priests and deacons in ecclesial assembly, the church is manifested more fully. The process of synodality, as Francis has emphasized, is not a convention or a parliament. It is an expression of the church, the whole people of God, wherein the hierarchy listens in order to carry out more effectively its essential role of teaching, governing, and sanctifying.

In Cuautitlán, I learned that synodality, with all sectors of the church represented in a discernment process of the church, need not be chaotic nor the proper role of the bishops as authentic teachers of the faith dismissed. Rather, I experienced a well-ordered, disciplined process in which the members of the hierarchy were able to listen deeply to the ideas, concerns, and prayers of the laity.

And to listen particularly those on the margins: to young adults deeply concerned about the church's ability to reach young hearts and minds, to lay women who are theologians and others who work with Afro-descendants in Latin America, to religious men and women working in various sectors of church ministry, to deacons and priests, and to one another.

The presence of the Holy Spirit was palpably at work in this process of synodality. Not only is one privileged to engage in this process and to have a voice in the process, but by participating, one is ushered into the sacred discipline of listening to others. This process ennobles participants, those who speak, and those who listen. Finally, all participants are called to listen to the voice of the Good Shepherd through the Holy Spirit the beginning, in the middle, and at the end of the process.

While the synodal process requires significantly more planning, organization, effort, and time than ordinary gatherings or conferences, the synodal process is more effective, particularly in the long-term, as considerably more persons are connected and invested in the ecclesial process, topics, and decisions.

Especially in an age when baptized Catholics are disengaging from the church at an alarming rate, a synodal process that engages those on the margins can be just what the doctor ordered for a church wounded by clerical scandal and cultural secularism. 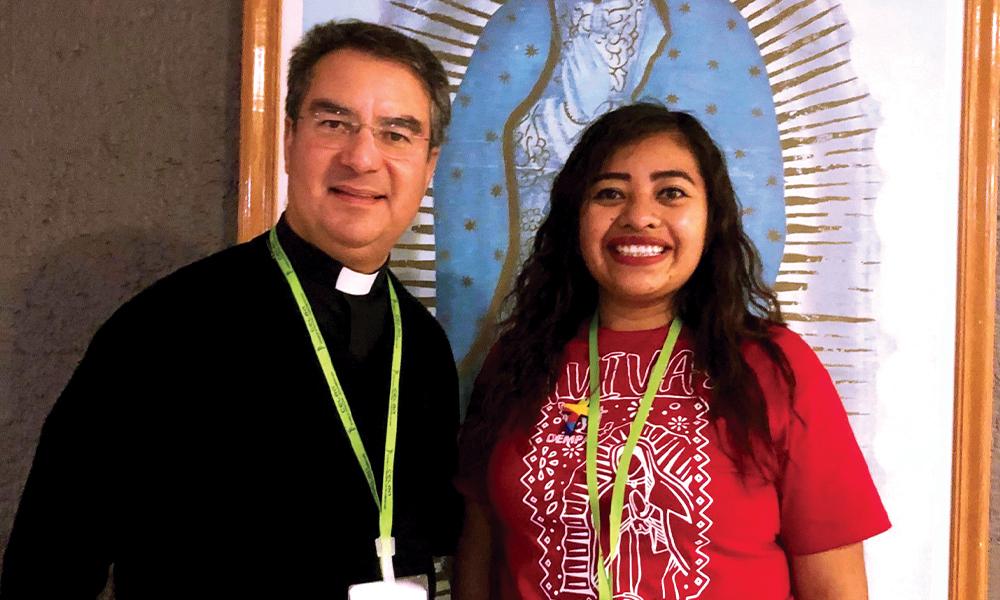 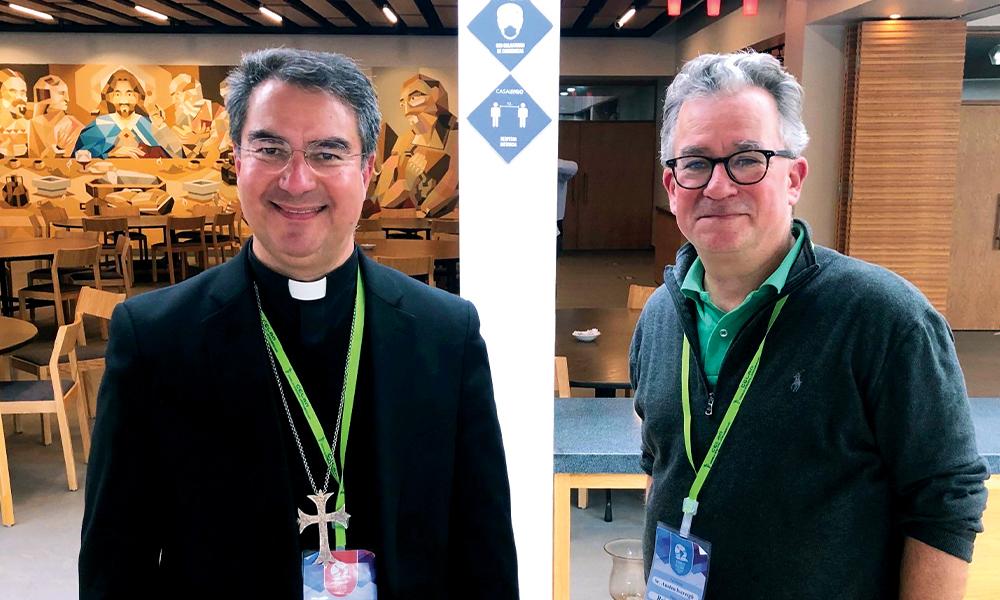