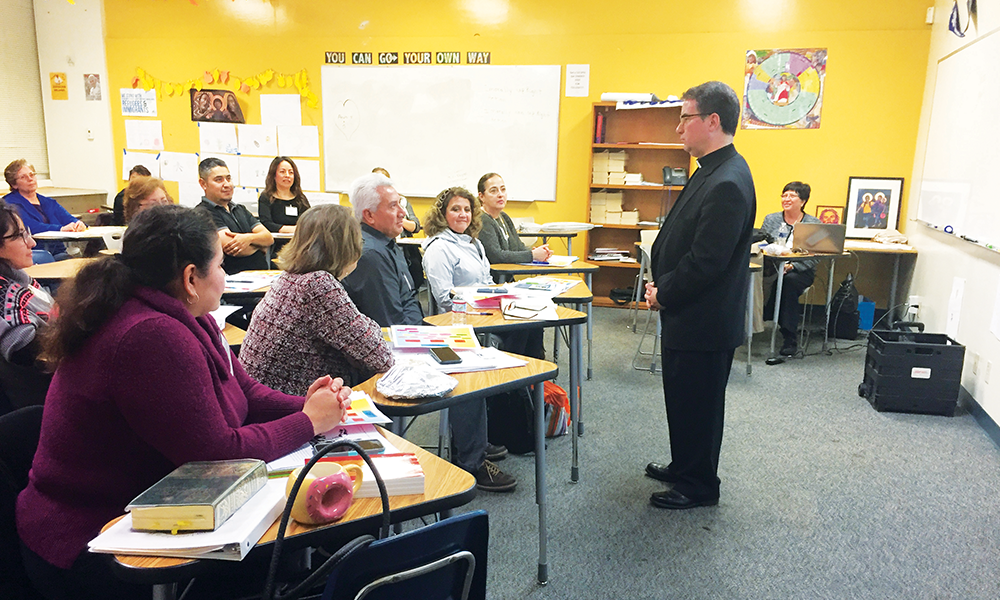 Unity in Our Diversity

Institute for Leadership in Ministry

On a Saturday afternoon in 2004, the Institute for Leadership in Ministry’s (ILM) first-year students were in class listening to a presentation on Filipino culture as part of the day’s topic: the Ethnic Cultures of the Diocese. In the morning, they heard a sociology professor from Santa Clara University describe the characteristics and impact of culture; the afternoon was devoted to talks from members of the various ethnic groups that make up the mosaic that is the Church of San José.

On this particular Saturday, the presenter for the Filipino culture talked about the importance of relationships and loyalty within his community. He ended with a bit of a flourish, saying, “When a Filipino is your friend, he is your friend for life.”  He then asked if there were any questions. At that point, a Vietnamese student commented, “When I fled Vietnam after the war, I spent a year in a refugee camp in the Philippines. You are absolutely right — your countrymen and women were kind, gracious, and caring. They gave me hope and made my life as comfortable as possible while I was waiting to enter the United States. I will always be grateful to your people.”

There was instant applause from the students, and the presenter was visibly moved. This kind of exchange speaks to what the ILM  is about: respectful learning, appreciation of cultures, acknowledgment, celebration of our common humanity, training and formation for service, and awareness of our relationship as brothers and sisters in the Lord.

In the mid-1990s, Bishop Pierre DuMaine tasked a planning group to develop a training and formation program for future leaders in the Diocese of San José. In the fall of 1997, the Institute for Leadership in Ministry was established in the diocese with a track in English and a track in Spanish. Unlike training programs in other dioceses, classes in English and in Spanish were held in the same place on the same night at the same time. This would prove to be one of the defining and beneficial aspects of the program. Students from both language groups learned together, had a common formation, and were one student body.

Since the class of 2000 (The Pioneers/Los Pioneros) graduated, more than 1,000 ILM graduates have served in leadership positions in their parishes and in hospitals, prison ministry, and social justice outreach. Their ministries include parish administration, program direction at Catholic Charities, and service on national boards. The institute is also proud to count among its graduates five priests and 28 deacons serving in the diocese.

There are many stories of the ILM, such as the one shared above. Perhaps it is fitting to close with a student’s reaction after the announcement that the ILM was the first program in the country to offer an eight-week course on Family Life in English and Spanish. He simply grinned and said, “San José rocks!”

Anne Grycz is the director emerita of the Institute for Leadership in Ministry of the Diocese of San José. She served in diocesan ministry for 25 years, taught at St. Patrick Seminary and is currently on the faculty of the Pierre Favre Program at the Jesuit Retreat Center in Los Altos.