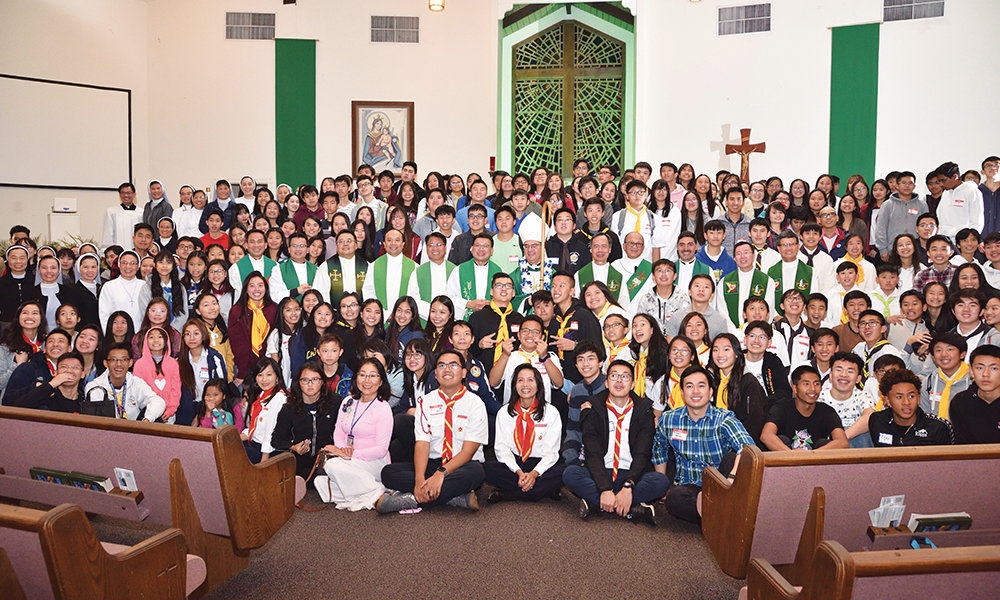 The Vietnamese Community in Our Diocese

Enter “Little Saigon” into a search engine, and up comes a list of several Vietnamese enclaves bearing this name, in places throughout California and elsewhere. On a drive through East San José, you can easily spot Vietnamese shops and businesses on Story Road and Tully Road. In fact, San José is a city with the highest number of Vietnamese outside of Vietnam (10 percent of the city’s population). Likewise, Santa Clara County is home to the second-largest concentration of overseas Vietnamese (eight percent of the county population).

This all began with the tragic fall of Saigon in 1975, when the first wave of refugees fled Vietnam for freedom, and about 125,000 among them were admitted to the United States. Within a few years, many moved to California and Texas, enjoying warm weather and perhaps sharing some ingredients for cooking with other ethnicities from Asia. More Vietnamese refugees were then drawn to Silicon Valley, where they found plenty of manufacturing jobs in the tech industry that matched their dexterity, diligence, and patience. Soon, Vietnamese-owned restaurants, nail salons, and other businesses opened in East San José, the downtown area, and elsewhere.

While only eight percent of the population in Vietnam are Catholic, they make up 30 percent of Vietnamese Americans, likely because they were vulnerable to persecutions in their homeland. In the early years of their resettlement in the Bay Area, they gathered in churches from San Mateo to Santa Clara counties. Eventually, their community in the South Bay became a mission in 1985, named Our Lady Queen of Martyrs. This reflects their devotion to Mary and the staggering number of 130,000 martyrs in their homeland, among whom 117 were canonized in 1988 and the proto-martyr Andrew Phú Yên was beatified in 2000.

As the mission grew, St. Patrick Proto-Cathedral became their home base. The mission was elevated to the personal parish status in 1999. After a fire destroyed St. Patrick Church in 2012, the parish was renamed Our Lady of La Vang (who appeared in Vietnam during fierce persecutions in 1798). In addition, seven other parishes across the diocese and a Vietnamese Catholic Center, located in San José, offer Vietnamese pastoral ministry.

Vietnamese Catholics comprise an insignificant number in the U.S. Catholic Church (less than one percent). Yet, their presence is noticeable in at least two ways: their active sacramental life and their number of vocations to the priesthood and consecrated life. Vietnamese men make up nearly 12 percent of the U.S. seminary population. Approximately 900 priests of Vietnamese ancestry serve in the U.S. Church.

In 2017, during their Emmaus VII national convocation, hundreds of Vietnamese priests from across the U.S. gathered in San José. During Mass at the Cathedral Basilica of St. Joseph, Bishop Patrick J. McGrath reflected on the journey rooted in faith by Abraham and Sara and spoke of the Vietnamese journey to the United States as a modern journey of faith. He emphasized that, “The history of the Vietnamese people in the diaspora is the story of strong, unyielding faith.”

Let us pray and hope that the younger generations of Vietnamese Catholics in our diocese continue journeying in faith and hope, embracing the theme of our diocesan jubilee this year.

Father Hao Dinh is the vicar general and chancellor for the Diocese of San José. He is also pastor of Church of the Ascension in Saratoga.