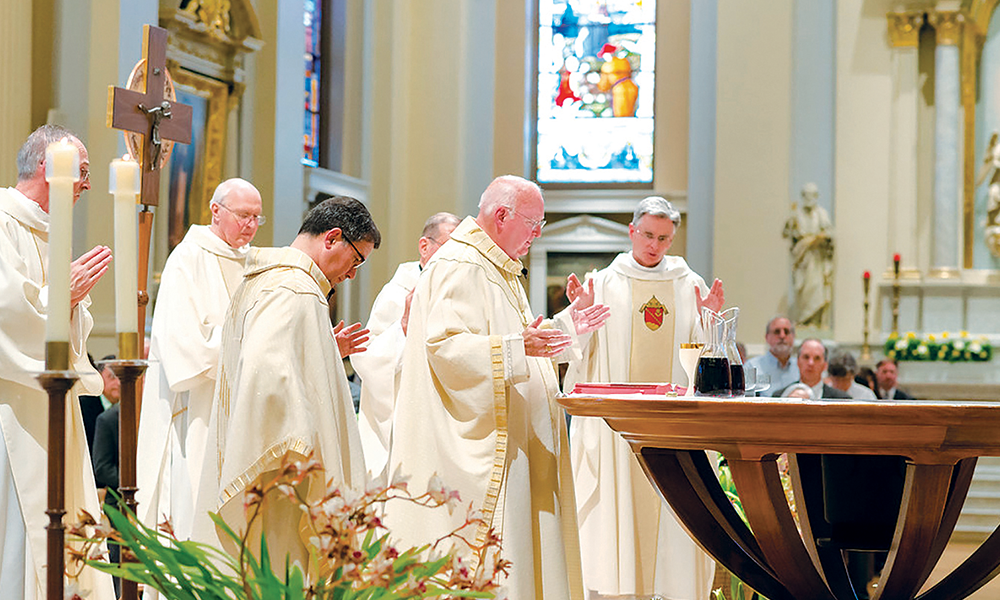 Reflection on my Journey South

“What is it about ‘the south’ anyway?” No, not “the South” of the United States, but “the south” of the Archdiocese of San Francisco.

That was my initial question when the southern county, Santa Clara, was separated from the Archdiocese of San Francisco in March of 1981 and established as the Diocese of San José, 40 years ago this year.

I voiced that question based on my experience as a member of the Clergy Personal Board of the Archdiocese. You see, once a priest of the archdiocese was appointed to serve in Santa Clara County, few, if any, ever wanted to return north! I did not understand!

Do not get me wrong, I love Santa Clara. We all love Santa Clara. When we would drive down from “the city” for meetings in Santa Clara County, we would say that we were going to the country. It was a loving statement and not in any way whatsoever a pejorative remark. But Santa Clara was not San Francisco! So what was it about “the south” anyway?

In 1998, I was appointed to the Diocese of San José (“the south”) as the coadjutor to Bishop Pierre DuMaine, the first bishop of San José. Upon his retirement, I would be his successor — the second bishop of San José. It was then, upon my arrival to the Valley of Heart’s Delight that my question about “the south” was answered. It was the people! In the 23 years since that realization, my appreciation and love for the local Church of Santa Clara County have only deepened!

In reflecting on my journey with this diocese, I vividly remember the warm welcome that was extended to me in 1998. In addition, I recall the support and kindness that I received from the people throughout the years. Together we experienced good days and not-so-good days, and even an Annus Horribilis or two along the way. I recall the sexual abuse scandals, both locally and nationally, and the pain and distrust that overtook our people. I recall the dwindling enrollment in the schools, exacerbated by the increasing cost of living and growing homelessness in the Silicon Valley.

Among those accomplishments was the creation of a diocesan Pastoral Plan to guide us in our commitment to meet the present and future needs of our people. While dioceses in various parts of the country were dealing with the closure of parishes and a diminishing number of parishioners, the faith and generosity of the people of San José urged us to establish a new parish. Together, we conducted a major capital campaign and established an endowment fund to meet the financial needs of the diocese for years to come. Together, we purchased a building in the See City to serve as the diocesan chancery office. With great joy, I still recall the 20th Anniversary of the diocese and the diocesan confirmation liturgy that was celebrated in the San Jose Shark Tank. I recall the 25th Anniversary of the diocese and its year-long celebration.

And yet, in reality, these events and accomplishments, as significant as they may be, are little in comparison to the people who made them possible. The 40-year history of the Diocese of San José is a tribute to the many priests, religious and lay people whose lives, convictions, and commitment to their faith and community over the past four decades have given depth and character to the local Church of San José. I continue to be grateful to the late Bishop DuMaine, for the trust he placed in me to carry on the work he had begun. I am grateful for the wonderful people who, along with Bishop DuMaine, are largely responsible for the foundation on which this local Church stands, namely, Monsignor Joseph Milani, Monsignor Michael Mitchell, Sister Patricia Marie Mulpeters and Sister Claude Power. I am grateful, too, for the many priests, religious, and laity with whom I ministered over the years. Because of them, I have learned what it means to know Christ. I have seen his face in them.

And I am particularly grateful to Bishop Oscar Cantú for saying “yes” to the Holy Father when he was asked to “journey west” — to the Diocese of San José as its third bishop.

When I retired from ministry as the bishop of San José on May 1, 2019, I may have left my ministry as the second bishop, but I took with me a heart full of gratitude and lovely memories of people —“the south”— who had journeyed with me in hope, together in Christ, and, in so doing, have become friends for life!

Bishop Patrick Joseph McGrath served as the second Roman Catholic Bishop of San José from 1999 to 2019.