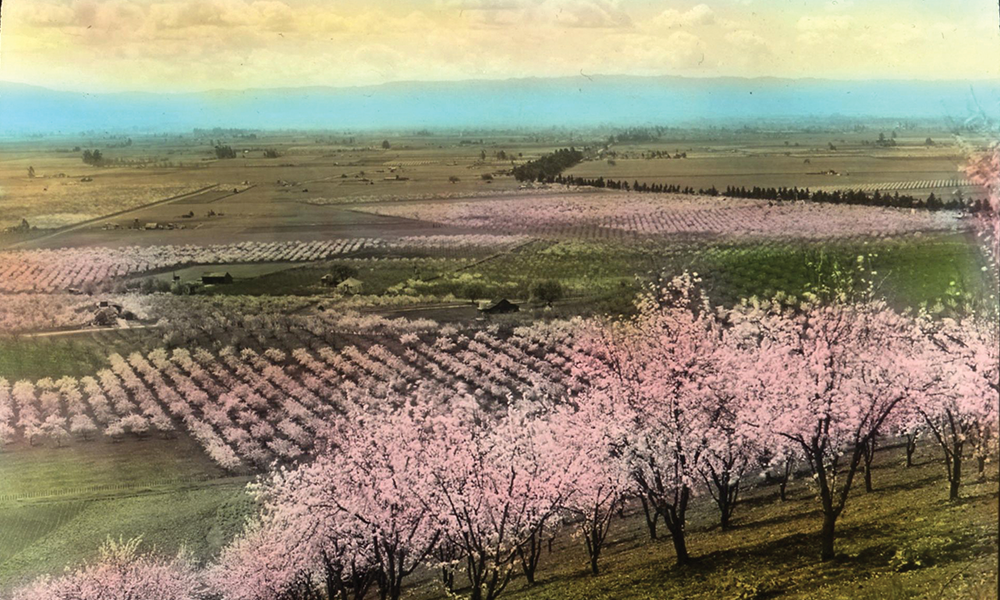 Gazing Back and Looking Forward

We travelers, walking to the sun, can’t see

Ahead, but looking back the very light

That blinded us shows us the way we came,

Along which blessings now appear, risen

As if from sightlessness to sight, and we,

That blessed light that yet to us is dark.

When the Archdiocese of San Francisco established 25 parishes from 1951-1981 to meet the needs of faith-filled people in the rapidly growing Santa Clara County, it gave each pastor 20 acres of land, a loan, and a charge to form communities with newly-drawn boundaries. Overwhelmed by the challenges of staffing and establishing schools and ministry programs, the new pastors, many of whom were ordained together, turned to their seminary classmates and new parishioners for help and advice.

It should be no surprise that the Diocese of San José’s rich history spans generations before it was established. Explorers and missionaries brought their faith and established Christian Communities that still exist today. By the time the Archdiocese of San Francisco was founded in 1853, San José and Santa Clara were thriving agricultural and commercial centers.

Amid this rapid growth, pastors were challenged also by the Second Vatican Council. Reflecting the fruits of the council, they organized communities and collaborated with religious orders and fellow priests throughout the Santa Clara Valley to integrate a new understanding of church into their vibrant ministries.

As distance and an emerging culture distinct from San Francisco separated the Catholic population of Santa Clara County from the archdiocese, coordinating programs and services in the south became more challenging.

In 1981, then Pope John Paul II established the Diocese of San José and appointed Bishop Pierre DuMaine, an auxiliary bishop from San Francisco, as the first bishop of the new diocese.

Bishop DuMaine developed a diocesan and chancery structure to meet the diocese’s needs. Among an impressive array of founding leaders, he chose talented, experienced women, including Sister Patricia Marie Mulpeters, PBVM, as the vicar for women in the Church (she later became one of the first female chancellors in the United States), Sister Mary Claude Power, PBVM as superintendent of Catholic Schools, and Helen Hansen as director of Catholic Social Service.

The collaboration of clergy, parishioners, and religious allowed the parishes to grow and mature as they blended differing experiences. Lay leaders flourished throughout the diocese, coordinating marriage and baptismal preparation programs and large catechetical programs for rapidly growing communities.

When I was a newly ordained priest assigned to St. Lawrence the Martyr Parish in Santa Clara, in charge of catechetics, there were 2,800 children in the “CCD” program. I relied heavily upon the community to succeed at a task that was beyond me at the time. Fundraising for facilities and programs also would not have been possible without lay leadership and collaboration.

As the Valley’s population grew, fueled by the emerging electronic and tech industries, people from throughout the world found community and support in the parishes here. The influx of refugees and migrants also strained and brought richness to the diocese. Refugees from war-torn Vietnam and farmworkers from Latin America brought with them strong faith and unique challenges.

Recognizing the richness and complexities of the flourishing diversity of culture, language, and traditions, Bishop DuMaine actively promoted multilingual Masses and ministry. He also encouraged lay formation, establishing the Institute for Leadership in Ministry and the Permanent Diaconate/Advanced Lay Leaders, and collaborated with Santa Clara University to establish the Graduate Program in Pastoral Ministries.

These programs and the involvement of parishioners to live the Gospel has created a greater sense of the Church and introduced new leadership into parishes, schools, and other organizations. Now, instead of the overwhelming experience faced by the early pastors, the Diocese of San José enjoys the fruits of lay ministry and honors the gifts of its parishioners.

Monsignor John Sandersfeld, now retired, was vicar for clergy from 1988-1992. He served on the U.S. Bishops’ Committee on Parish Life and the Bishop’s Committee on the Parish. He also has served as pastor of Most Holy Trinity Parish and St. Francis of Assisi Parish.