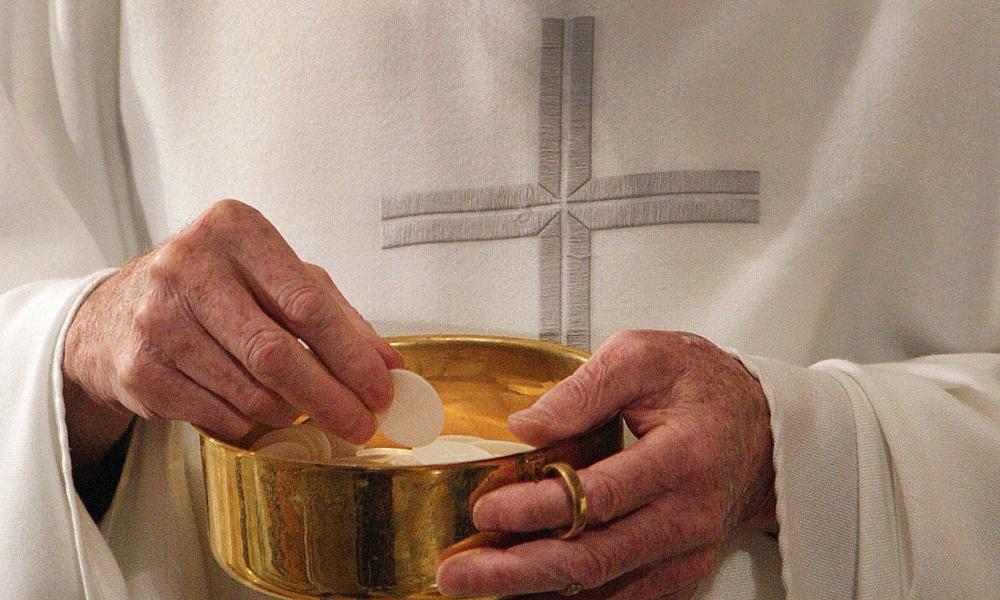 September 7, 2021 (CNS) -- The ultimate purpose of the Eucharist is mission, Mary Healy, a professor of Sacred Scripture at Sacred Heart Major Seminary in Detroit, told the 52nd International Eucharistic Congress.

More than 60 speakers from nearly 40 countries on five continents are in Budapest for the Sept. 5-12 congress, which will close with a Mass celebrated by Pope Francis.

In the United States, some churches "have signs posted at the exits to the parking lot, so that you see them every time you leave the church on Sunday morning: 'You are now entering mission territory,'" Healy said in her Sept. 6 address. "They have the right idea. In the Eucharist, the whole pattern of Christ's redemption is made present to us."

Healy is a member of the Pontifical Biblical Commission, a body of scholars that engages in research for the Congregation for the Doctrine of the Faith.

At the Congress' opening Mass Sept. 5 in Heroes Square, Cardinal Angelo Bagnasco, president of the Council of European Bishops' Conferences, said the Eucharist "goes beyond all loneliness, all distance and all indifference." Ucanews.com reported that the Italian archbishop welcomed the representatives of Eastern Christians with whom he works and prayed "to build Christian unity" so that "our witness may be credible."

Cardinal Bagnasco told young people from Catholic schools at the Mass that "faith is not a series of prohibitions, but rather a great 'yes' to joy, even when it is demanding, because love is a serious thing."

The congress, which is held every four years and was postponed from 2020 because of COVID-19 restrictions, aims to deepen knowledge and respect for the Eucharist. The theme is "All my springs are in you," and each day includes Mass and cultural and spiritual events around the Hungarian capital.

Celebrating Mass Sept. 7, Archbishop José Palma of Cebu, Philippines, spoke about the experience of being family each time the Eucharist is celebrated.

"Right at the start of the Holy Mass, we let go of our social status and the many things that divide us, for we become one family of believers," the archbishop said in his homily. "It is also in every Eucharist where we let go of our titles and call each one as brothers and sisters, and we ask the Lord to make 'my sacrifice and yours be acceptable to the almighty Father.'"

The congress is important "because it deals with all aspects of life," Cardinal Gérald C. Lacroix of Quebec told Vatican Radio.

"We're all in tune with the life of the church in our own regions, in our own countries, but to meet other Christians, other believers from all over the world, is such an uplifting experience," said Cardinal Lacroix, who addressed the congress Sept. 7.

The cardinal, 64, said the first eucharistic congress he took part in was when he was 18. "I'm the oldest of seven children, and we all went with my parents in a little tent to spend the week in Philadelphia; that was my first experience. It was overwhelming to pray with thousands of people," he said.

Pope Francis has designated Quito, Ecuador, as the venue for the 2024 International Eucharistic Congress.