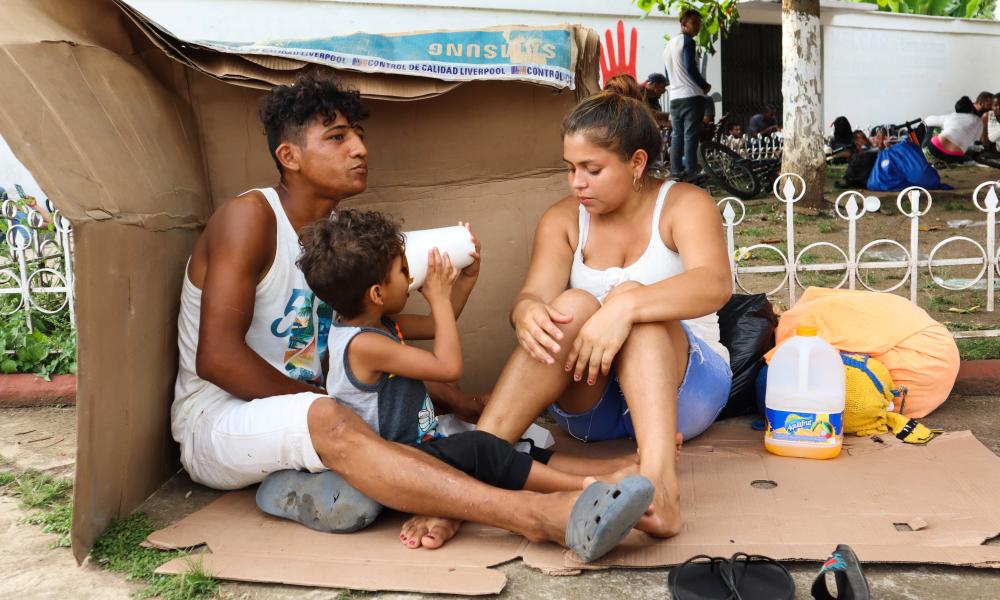 VATICAN CITY (CNS) -- Continuing to focus on the care of migrants and refugees, Pope Francis urged a U.N. organization to do more to convince nations to open safe and legal pathways for migration and to regularize people who have entered countries without the proper documents.

In a message Nov. 29 to the International Organization for Migration, Pope Francis said, "There is an urgent need to find dignified ways out of irregular situations."

"Desperation and hope always prevail over restrictive policies," he said, so migration will continue no matter what countries do. "The more legal routes exist, the less likely it is that migrants will be drawn into the criminal networks of people smugglers or into exploitation and abuse while in contravention of the law."

The pope's message was read by Cardinal Pietro Parolin, Vatican secretary of state, at a meeting marking the 70th anniversary of the U.N. agency. In 2011, retired Pope Benedict XVI decided the Holy See would become a member of the organization.

While insisting a belief in human dignity means migrants must be treated as individuals and not a "phenomenon," Pope Francis also made suggestions for policies needed to help both people on the move and the countries where they are seeking a better life.

"Migrants render visible the bond that unites the whole human family, the richness of cultures and the resource for development exchanges and trade networks," he said, but that always depends on the integration of newcomers.

"Integration implies a two-way process, based on mutual knowledge, mutual openness, respect for the laws and culture of the host countries with a true spirit of encounter and mutual enrichment," he said.

Keeping migrant families intact or helping reunite families is essential, since families are "an essential component of communities in our globalized world," he said. Unfortunately, "in too many countries migrant workers are denied the benefits and stability of family life as a result of legal impediments. The human void left behind when a father or mother emigrates alone is a stark reminder of the overwhelming dilemma of being forced to choose between emigrating alone to feed one's family or enjoying the fundamental right to remain in one's country of origin with dignity."

And, he said, rather than simply complaining about migration flows, "the international community must urgently address the conditions that give rise to irregular migration" -- poverty, conflict, discrimination, climate change -- so that migration would be "a well-informed choice and not a desperate necessity."

"Ultimately," Pope Francis said, "migration is not only a story of migrants but of inequalities, despair, environmental degradation, climate change," and also of "dreams, courage, study abroad, family reunification, new opportunities, safety and security, and hard but dignified work."