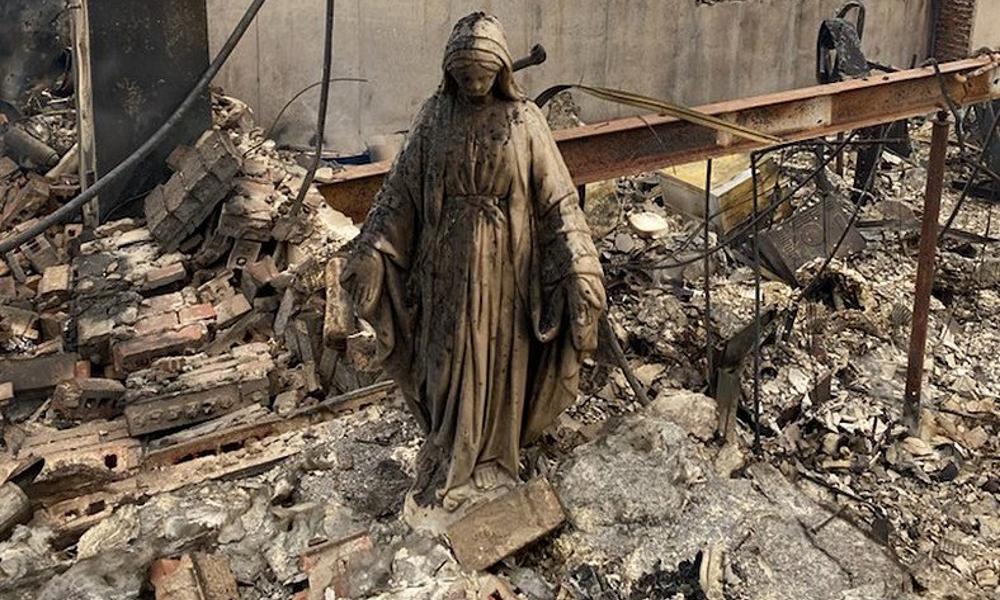 Amid the smoldering ashes of his family's recently remodeled Louisville, Colorado, home that was destroyed by a Dec. 30 wildfire, Tom Greany found hope in a symbol of his deep Catholic faith.

A statue of Mary that he and his wife Kat had placed outside their home was left unscathed except for the soot that covered its right side.

"Bricks appeared to have fallen all around her -- some probably even hit her. But she didn't even fall over," Greany wrote in a reflection shared with Catholic News Service by a friend, who asked to remain unidentified. He wrote about what happened just hours after the blaze raced through the suburban communities of Louisville and Superior, about 20 miles northwest of Denver.

Greany wrote that the discovery of the statue is a reminder of how their faith provides protection and can "sustain us through everything."

The Greanys were among hundreds of families who lost their homes in the wildfire driven by winds estimated to top 100 mph. In the Greanys' Louisville neighborhood, 50 of 55 homes were destroyed. The other five were untouched.

Authorities said 991 structures, including businesses, were destroyed and another 127 damaged. Flames from what is called the Marshall Fire swept through more than 6,000 acres, devastating entire neighborhoods before snow helped extinguish the blazes. Residents said they fled with few possessions through dense smoke that turned the sky orange.

The Archdiocese of Denver reported on its website that two parishes -- St. Louis in Louisville and Sacred Heart of Mary outside Boulder -- were evacuated as flames advanced, but were undamaged. The fire nearly reached Sacred Heart, seemingly blocked by a roadway.

Both parishes as well as St. Thomas Aquinas University Parish in Boulder and  Immaculate Conception Parish in Lafayette, northeast of Louisville, were helping affected families.

Saying the ferociousness of the flames "shocked everyone," Denver Archbishop Samuel J. Aquila quickly established an emergency fund Dec. 31, seeding it with $250,000. He asked that parishes throughout the archdiocese take a special collection at Masses the weekend of Jan. 8-9.

"To those affected by these fires, know that Joseph and Mary had to flee with Jesus shortly after he was born. The Holy Family is close to you and knows the anguish and loss you are feeling," the archbishop said in a statement posted on the archdiocesan website.

Archbishop Aquila also encouraged parishes and other agencies to help those who fled -- with little more than the clothes they were wearing, computers and important documents -- by hosting families, opening food pantries and offering other services.

Recovery was complicated by cold weather and the onset of snow following an unusually warm and dry fall and early winter in the area located near the Rocky Mountains.

The fire in the middle of the holiday season remained under investigation. Authorities have focused on a property south of Boulder where the fire is believed to have started, Boulder County Sheriff Joe Pelle told reporters Jan. 2.

In the aftermath, the Greany family is counting on Mary to intercede for them as they seek to rebuild their lives.

"It stings to look at this -- our home and all of its contents were lost," Greany said in his reflection. "The Christmas giving we had celebrated with our sons up in smoke along with everything else they and we owned. The entire neighborhood gone in less than a day."

"Awareness of the loss stings mightily," he continued. "But we can only feel the loss as pain because of the extraordinary magnitude of the gifts we have been given in our lives. How richly blessed we are!

He said his family's home was not burned to teach them a lesson, but it did give them the chance to experience God's comfort through Mary's intercession.

Greany is also convinced no one can take away his family's faith and their trust that the Holy Family is "looking out for us."

"They love us and they care," he wrote, adding: "They pray for us. And they pray for the world in these dark times we live in." 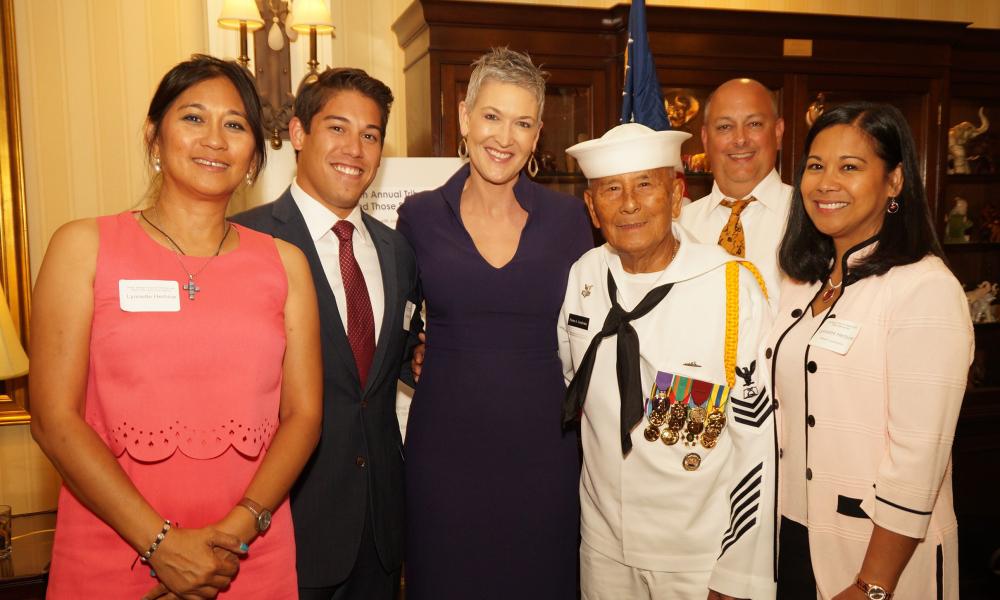